The operators of tourist accommodation establishments in Spain (hotels, apartment-hotels, holiday apartments, etc) have for many years strongly opposed the existence of what they regarded as a clandestine activity of seasonal rental of private homes to national or international tourists by their owners (first or second residence).

Indeed, many owners of homes which are not part of a tourist establishment would during the high season rent out to tourists their own homes, which were in some cases their first 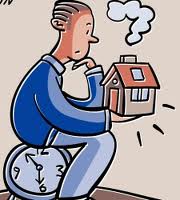 residence and in some other cases their second residence, so they would even vacate the property and move in with some relative or into cheaper tourist areas during that period.

Tourism operators used to and still claim that this constitutes a source of fiscal fraud, a service which in some cases does not meet the appropriate conditions and may even pose risks and, in any event, an instance of unfair competition, as while they and their facilities were obligated to meet strict safety, quality, etc requirements, the private owners didn’t meet any.

Private renters, on the other hand, claimed that renting out a home is as lawful an activity as any other and that, if their home is legally fit for habitation by them, then it should also be fit for habitation by third parties, and they argued that the rent thereby received is like any other income on which the person receiving it has to pay tax.

The aforementioned amendment of the L.A.U. in 2013, on the other hand, excluded (by virtue of article 5.e L.A.U.) the “temporary assignment of use of a house in its entirety which is furnished, equipped and fit for immediate use and which is marketed or promoted through tourism offer channels with a view to obtaining a profit, where it is subject to a specific scheme as a result of its zoning regulations”.

The content of this article pointed to the way of regulating houses for tourists use; a regulation which does not fall within the jurisdiction of the State but of the various Autonomous Communities.

An analysis of the aforementioned precept shows us the characteristics of the activity and the contracts which should be met by those referred to as “living accommodation for tourist use”, i.e.:

1.- These rentals are euphemistically referred to as “temporary assignment of the use of a home” instead of seasonal rental.

2.- The rental must refer to the “house in its entirety”.

3.- It must be furnished, equipped and fit for immediate use.

5.- The purpose of the rental must be that of obtaining a profit.

6.- And it must be subject to a specific scheme arising out of its zoning regulation. It must be noted that such a specific scheme has to be regulated by the legal rules of the Autonomous Communities, which have exclusive jurisdiction in this regard.

The Autonomous Communities (albeit not all of them) have more or less recently started to regulate this kind of tourist accommodation. In the Canaries, for example, the process of publication of the aforementioned decree project has now started, thus opening the legislative way to its coming into force.

In the meantime, I think it would not be unreasonable to say that, in default of such a rule, the rental of these houses constitutes a seasonal leasehold regulated by the current Urban Lease Act (L.A.U.).

Of all the characteristics which according to the L.A.U. define “tourist houses” as a reason to exclude them from its regulatory scope, the most defining or important one is that it must be <<marketed and promoted through tourism offer channels>>. All the other characteristics mentioned above certainly are or can be common to the rentals regulated under the L.A.U., particularly as regards seasonal rentals. The last characteristic, or rather in this case, requirement, is the “subjection to the tourism zoning regulations”; in other words, the acknowledgement that all the former requirements are met (including that of being offered through tourism channels).

I believe, on the other hand, that it would be highly questionable to say that homes may not be rented out as “tourist accommodation” until such time as legal regulations on the matter have been established.

It is my view (unless otherwise justified) that the following conclusions can be gathered from the above:

The Regulation Project starts by defining private homes for tourist use as, fundamentally, those meeting the requirements mentioned in article 5.e of the L.A.U. which result in exclusion from its scope of application, which have been listed above. Of all those requirements for exclusion, which on the other hand are listed in such wide terms that they should be construed on an ‘included but not limited to’ basis, the condition relating to promotion and marketing through tourism offer channels is particularly emphasised.

It is important to stress its operation regime, in which respect we would highlight that:

We consider that this is an essential point to determine the feasibility of this kind of operation, so it will be dealt with in more detail at the end of this article.

On the other hand, the home must have a door sign identifying it as a property for tourist use, and the marketing thereof must comply with certain requirements relating to information and publicising.

In particular, a binding price list must be made available to the users in accordance with those publicly advertised or publicised.

Finally, Chapter III relates to the process of commencement and performance of the activity, and Chapter IV regulates claims and the inspection and sanction system.

REQUIRED AUTHORISATION FROM THE COMMUNITY OF PROPERTY OWNERS

We have commented above on the decisive importance of this requirement, which we believe will determine the greater or lesser feasibility of the operation of many homes for tourism purposes, as it can be a very difficult requirement to be met in many cases.

While we do not have any statistics concerning the number or percentage of homes in a horizontal property system which will need to obtain authorisation from the Community of Property Owners in order to be used for tourist use, we can certainly state that most newly-constructed homes are subject to such a system.

Traditionally, the homes which are not subject to this system are old dwellings –whether on one or on several floors-, old multi-family and single-family homes located in streets of the town centre and in the countryside, and homes built as part of “de facto” developments. However, homes built as part of multi-storey buildings since the nineteen-sixties and those which are part of developments, even in the case of single-family homes, are normally subject to a horizontal property system, whether mandatorily or by reason of convenience (e.g. vertical property division). Nowadays there are probably more homes subject to a horizontal property system than not.

How is authorisation obtained from the Community of Property Owners?

This certainly is a personal opinion, which also admits the opposite interpretation. That is, if the Statutes specifically prohibit the tourist use of the properties or the performance of commercial or business activities, then the Statutes would have to be amended by unanimous resolution in order for the amended text to envisage such an authorisation, whether specifically or generally and with or without the addition of the correlative authorisation from the General Meeting.

Normally, however, in default of such a Statutory clause, any owner wishing to use their home for tourism purposes will need to obtain authorisation from the Community of

Property Owners, and this is the scenario in which it is necessary to define how the authorisation can be validly granted.  We consider that the President of the Community may not grant such an authorisation by themselves, as this is not a responsibility included in their Community representation duties, so it will need to be approved in General Meeting by a majority of owners who also represent a majority of participation coefficients.

The need to obtain the Community’s approval as aforesaid will probably be an insurmountable requirement in many cases for the home to be used for tourism purposes and, in any event, it will significantly reduce the number of homes which do have authorisation to such end.

One last comment to be made in relation to this activity is that it constitutes an economic-entrepreneurial activity (inclusion in the tourism registries being required) and, therefore, the relevant fiscal regulations need to be complied with, i.e. as an entrepreneurial organisation.

“PRIVATE RESIDENCES” AS HOMES FOR TOURIST USE» 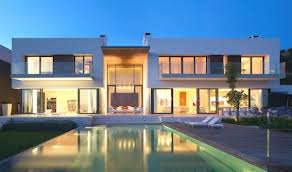 An example of the highest quality products of the holiday industry, particularly as regards the so-called “new holiday products” (traditional rotational enjoyment, fractional, destination clubs, etc), are the so-called private residences, which are accommodation units aimed for one only user/client (obviously accompanied by their family, friends, etc), normally large in size, luxurious and with added up-market services such as private cook, vehicle with driver, etc.

From a legal point of view, this is normally formalised as a “Rotational Enjoyment” contract, so the clients purchasing this kind of enjoyment right do so for a longer period than the traditional week and with the inclusion of the aforementioned additional services, and the right normally does not (although it can) relate to a specific property but to various determinable properties in several countries. The “residences” to which these enjoyment rights relate are singular properties by reason of their location, age, magnificence, destination, etc, and they are rarely part of a traditional tourist resort.

We therefore believe that the operation of these residences as homes for tourist use can be very useful for their development in a professional manner.

(See in internet:  Preferred Residences  &  and The Registry Collection