The term “condo-hotel” is a combination of the words “condominium” and “hotel”. The current tendency to shorten expressions as much as possible has resulted in the use of synonyms such as “condhotel”, “condotel” and “contel” (the latter especially in American English).

Obviously, first of all we need to know what the term refers to and, as we are in the Internet era, and despite the fact that its legal reliability can be put in question,  the famous Wikipedia defines it <quite rightly in my opinion> as “a building, which is legally a condominium but which is operated as a hotel, offering short term rentals, and which maintains a Front Desk”.

This definition is nothing short of an explanation of the two words whose combination has created the term “condo-hotel”. On the one hand there is the condominium, i.e. a building or group of buildings held under joint ownership, with legally independent elements (apartments) in addition to communal elements, which is intended to be operated as a hotel for short stays and offers the tourist-hotel services which we commonly and simplistically associate with the “reception desk” of a tourist establishment.

After this short introduction, it seems appropriate to split this article into several sections which will be published in this blog in several instalments as per the following index:

I.- THE COMERCIAL AND LEGAL BEGINNINGS OF CONDOTELS.

II.- LEGAL STRUCTURE IN SPAIN: (i) Ownership and  (ii) Operation.

III.- THE CLIENT: Investor and/or Consumer?

THE COMERCIAL AND LEGAL BEGINNINGS OF CONDOTELS (I)

It is really quite difficult to trace the birth of condotels back to a specific date. A brief search on the Internet seems to indicate that the first of this kind of establishments “was created in Miami Beach, Florida, in the 1980s”, as described in a number of websites as:

The above statement appears to be valid as far as the United States is concerned, as hotels existed earlier in Europe which were operated under the same or a similar system at that time, and even long before then.

In looking at the history of condo-hotels in Spain, I must refer to the Third Edition (I do not know whether condo-hotels were covered in the previous editions) of Fuentes Lojo’s Suma de la Propiedad por Apartamentos, published in 1978 and in which, referred to as “Apartahoteles”, the legal structure of the current “condo-hotels” was studied in depth, with specific examples of establishments already operated in Spain at the time and whose fundamental aspects in terms of their legal structure have experienced little change.

It is pointed out at the beginning of Chapter XV-II of this voluminous work that the concept of “apartahotel” seemed to be very common at the time in Spain and abroad, such a concept is therein defined (hence its coincidence with the current concept commonly known as condo-hotel) as “a resort which does not only comprise a building divided into more or less apartments, but a combination of the latter with various facilities and services which form a unitary whole”. 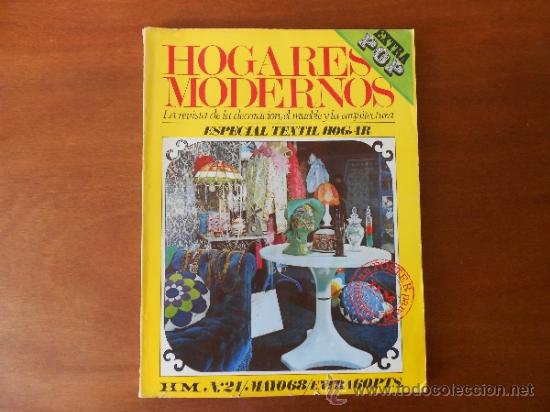 The author of the aforementioned work starts by quoting issue no. 20 of the magazine Hogares Modernos, published on 20th January 1968, which included an extract of the aparthotel project at Calle Capitán Haya in Madrid known as “Hotel Meliá Castilla”, analysing its technical characteristics which, I dare say, continue to be valid at the present date.

But what is relevant for the purposes of this article is the author’s summary and analysis of its legal characteristics which, in essence, continue to be valid at present, at least with regard to its strict regulation in terms of civil law. 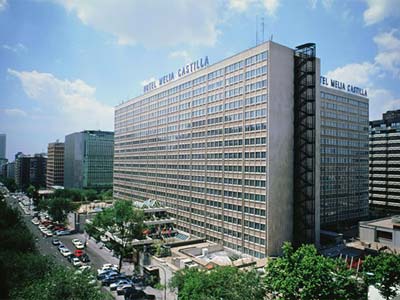 Therefore, in actuality it is a condominium, i.e. a building with independent private elements (apartments and business premises) which involve a certain degree of participation – expressed as a percentage – in the communal elements and areas. Its fundamental characteristic is that the private elements (studio-type apartments, apartments with more than one room and even with a kitchenette) do not have the status of a residential dwelling but, according to tourism regulations, are legally classified as accommodation units which fall within one of the various kinds of hotel establishment.

The Statutes of the Community of Property Owners ‘Meliá-Castilla’, which are inherent in any building subject to a ‘horizontal division’, contain the mandatory rules of the Ley de Propiedad Horizontal or L.P.H. (fundamentally designed for application to residential dwellings) but, at the same time, as a community of purpose (destination community), contain rules to enable these hotel apartments to be used for dwelling purposes or for ‘rental’ purposes by the Administration company. A dual use which, as we will see, is not possible at present.

Indeed, it is stated in Article 1 of these rules that the apartments and business premises have been built and sold under the administration (we would now say operation or management) of the Private Company Aparthotel, which in addition is thereby appointed Secretary of the Community and may only be removed from the said office by the passing of a unanimous resolution, as was then required for approval of any amendment to the Constitutional Deed of the Community.

Failing to disclose the whole name of the tourist development – as he merely calls it ‘S Chain’– the author of the aforesaid work goes on to list the rules by which the ‘operation’ is to be governed.

This is the fundamental characteristic of this ‘system’, in which the purpose of the underlying community of property owners of the buildings divided horizontally (condominium) is strictly that envisaged by the current Ley de Propiedad Horizontal or L.P.H. (Horizontal Property Act) but, in addition, as a specific characteristic which sets it apart from the remaining “aparthotel systems then being used”, the owners accept a set of pre-established ‘operation’ rules, apparently of a merely contractual nature (adhesion rules), whereby the said owners assign their apartment to the S Chain for the latter to rent it out.

Therefore, the fundamental and differentiating characteristic here is that the purchasers of the apartments assign them for ‘rental’ to third parties and the apartments are managed as a unit of operation on the basis of the prices set by the administrator considering several parameters such as market prices, tourist movements, occupation level, etc.

In this Aparthotel Chain, the owners share in the net proceeds thereby obtained regardless of whether the apartments owned by them have been rented out for a longer or a shorter period or have not been rented out at all (deducting the time during which the owner of the apartment has used it).

The net proceeds equate to the resulting net income, which will be distributed among the owners in proportion to the purchase price of their apartment. Consequently, reputable Swiss or English auditors of accounts will be appointed in order to ensure a proper control and to safeguard the owners’ interests.

It is, in conclusion, another ‘legal structure’ according to Spanish Law which is intended – as the previous structures – to reconcile the ownership of a private element within a community of numerous members with the communal “mercantile” operation of the accommodation units of which the building is fundamentally comprised.

This Chain’s business was to promote, build and finally operate all the buildings bearing the name of Eurotel, which would be managed under the sole direction of Eurotel Española.

It amazes that this Chain already had a sort of “internal exchange” system in the sixties/seventies whereby the purchase of an apartment in a certain Eurotel building (which was called a ‘Eurotel Unit’) gave the purchaser the status of a ‘Eurotelman’, which gave them the right to:

(I)  The operation of their ‘Eurotel Unit’ on a hotel basis,

(ii)  As a consequence of the above, enjoy the benefits arising out of such an operation; and

(iii)  The right to use, as if it were an internal exchange and ‘on a preferential basis’ (i.e. at no charge), not only the unit purchased by them but also any of the existing units in:

b)      The International Organisation Eurotel.

This concept is so amazingly contemporary right now that its Rules of Use did provide the following:

Other cards will also be issued in their name to the persons appointed by the owner (whom we would today call a ‘beneficiary’) up to a maximum of two cards per usable bed…The status of <<beneficiary>> can be given to any person appointed by the Eurotelman.

The latter mention of “any Eurotelman”, i.e. an appeal to the pride and satisfaction of being a ‘Eurotelman’, is a modern and extraordinarily current psychological tactic to promote customers’ loyalty and which would probably only need to include ‘Eurotelwoman’ nowadays – or be replaced by another term applicable to both genders.

It is stated in the Statutes of the Community, among other things, that:

Such a special case must, in my opinion, refer to the strict use of the apartment as a hotel unit, therefore excluding the use thereof for residential purposes or to fulfil its owner’s need of a dwelling – even on a temporary basis or as a holiday residence.

Such an exclusion of use for residential purposes is nowadays in Spain one of the legally demandable characteristics of the so-called condo-hotels.

The aforementioned precedents (and there were many more in Spain and in the rest of Europe) were, and are, important, and they have in relation to certain aspects become outdated, but even though they contain ‘for these purposes’ the archaic name aparthotel, they actually are what nowadays is being called a ‘condo-hotel’.

One final note on the current meaning in Spain, at least from a tourist-legal point of view, of the terms aparthotel or hotel-apartment, which are not in any way synonyms of the term ‘condo-hotel’ as they only refer to one kind or type of hotel ‘accommodation unit’ which, depending on the tourism laws of the relevant region or ‘Autonomous Community’ of Spain, may be called ‘hotel-apartment’, ‘aparthotel’, etc, but is normally only a hotel subcategory.

This word does not at present refer to ‘ownership’ or to the rights of the owner as such or to a dual form of marketing ownership and operation, but to something more simple: the ‘physical’ characteristics of the units and the tourist establishment of which they are a part, and the inherent services which must be provided in it.

It should not at all be denied, but acknowledged, that the concept which revolves around the very successful term ‘condo-hotel’ – or ‘condotel’ – must be linked to the improved, more current commercial formula whose beginnings date back to the early eighties in the United States and which today, with the necessary variations imposed by each country’s legislation, is well-deservedly leading this constantly evolving market.